The Anatomy of Painting

So with Halloween only being a few weeks ago I thought I’d show you what I was walking around like during the dead of night. As you will see not the typical protocol of just the top part of my head being designed on, but a Zombie Boy (Rick Genest) influence of my whole head (everyone is allowed exceptions) being painted, standing next to my friend Esther.

The two brain images are from the Guerrilla Zoo exhibition where a live head design called ‘The Anatomy of Painting’ was produced over two hours in front of the audience walking around. 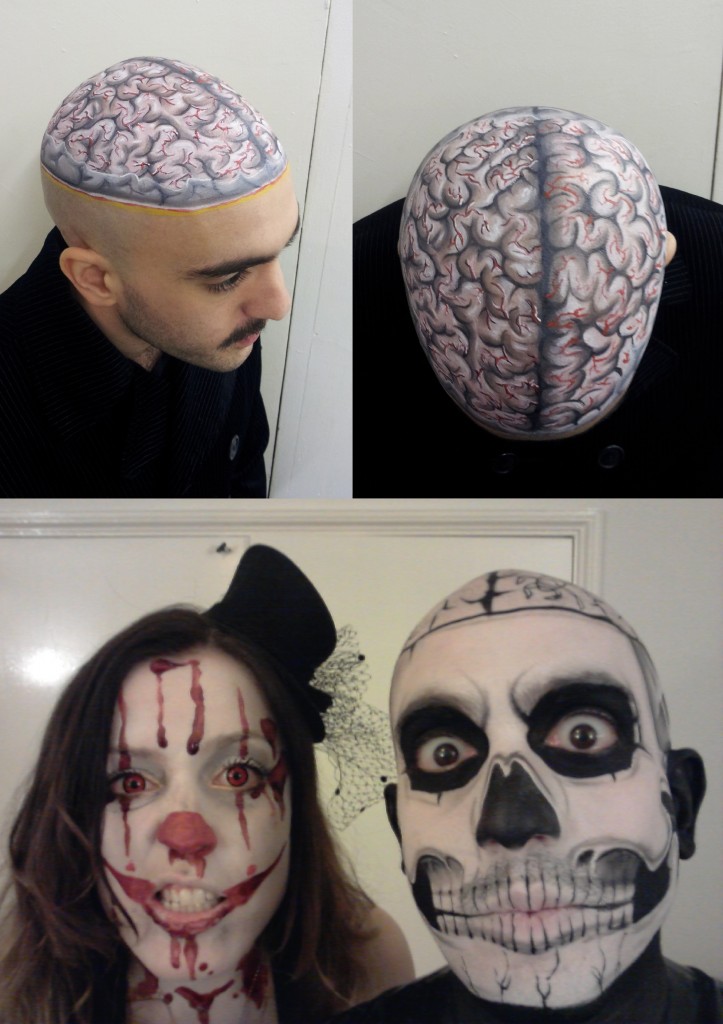