As part of an event hosted by CASS Sculpture Foundation, JCDecaux & BBH artists were asked to come down and draw, or in my case display their art work on a billboard. I was asked to launch the event and as you can see became ‘Art Outside’. (Second photo taken by Ross Cooper). All the final images produced by artists were seen in stations across the UK through JCDecaux digital projection screens during September. 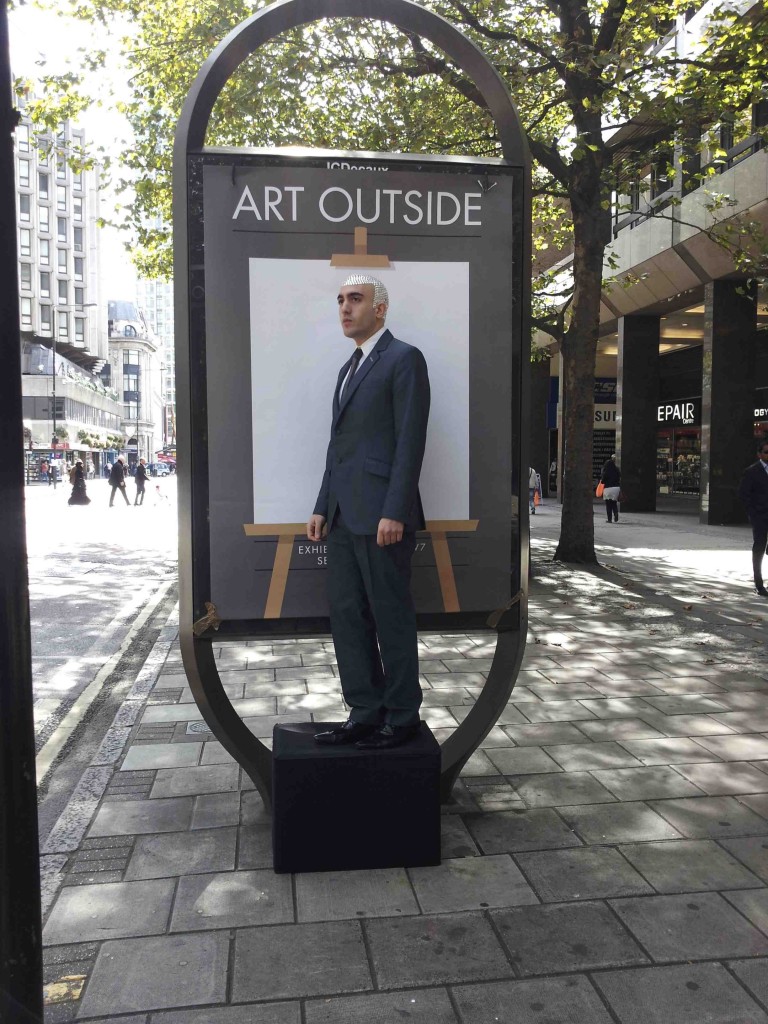 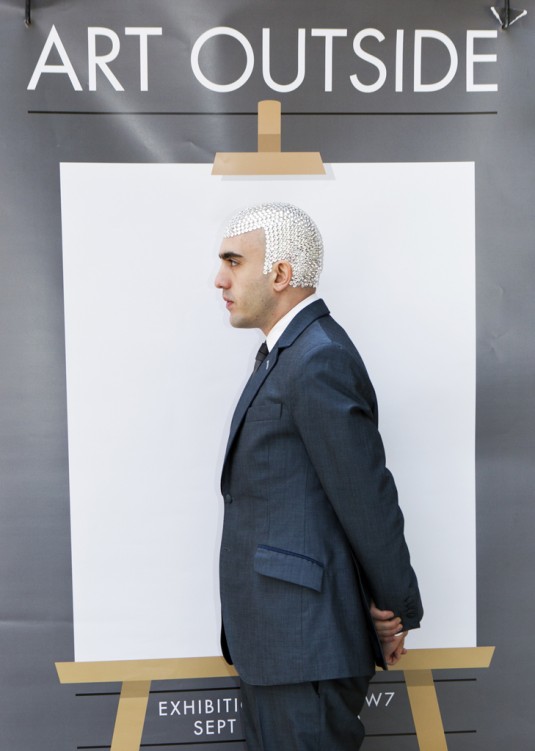